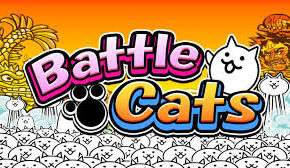 ‘The Battle Cats’ will open new horizons of your imagination. Even when everything will seem absolutely crazy, you won’t stop until see the results of this insanity. The protagonists of the game are its basic non-sense elements. They are very unusual cats with a mission to fight against dogs and snakes. If you think that the battle cats have got a tail and four legs, you’re wrong. Firstly, there are about a hundred different types of them. Secondly, the only part of the body they still have from a common cat is a muzzle. How to explain the rest of innovations such as women legs, wings or dragon heads nobody knows, except for the developer of ‘The Battle Cats’. However, he claims to love animals. If so, then just enjoy this weird game! People were defeated in the battle against crisis, terrorism and everyday problems. New rulers come to conquer the world – the mighty cats! Their plan lies in invasion of every country and no matter you support it or not, you have to help them with its realization. The Cats’ Empire will settle on the moon as well. But it needs strong warriors. So the wise cats use the energy of nuclear power plants and create a time machine. They come back to the past to summon the greatest of the greatest. They aren’t afraid of dangerous adventures. What’s more, they must find the legendary cats that remain recruited by dogs. Release them as soon as you can!

When you start playing ‘The Battle Cats’, follow the given instructions. You need to collect money if you want to buy more animals. On the first level your task is to kill the enemies’ and destroy their base. Apart from simple weapon, you’ll be able to try a cat cannon. Just make the dogs approach and click fire! When your army gets close to the dogs’ tower, don’t give them a chance to bite the cats. When they lose, you’ll get 100 points of experience and unlock the treasure menu. As a bonus you receive cans with cat food but don’t hurry to exchange them in the treasure shop. Better purchase a new type of a cat – a tank cat! No surprise that he’s got such a name because he can move pebbles. Or you can upgrade any of the characteristics of your cats: efficiency, energy, charge, wallet and other. Your next battle takes place in Mongolia. Be ready to meet more rivals. Creepy snakes wouldn’t mind to bite a piece of tasty cat meat. Defeat them mercilessly and gain victory. Think about your strategy and produce more cats right in the middle of the fight. At the end of the level you’ll get more experience that can come in handy in your next trip to China. In this country the base of your enemies resembles a castle with a Great Wall of China. Become the winner of this level and enjoy an axe cat. The cutie possesses an axe and is good at killing red enemies. Try his skills on practice in Thailand or Cambodia! Pay attention to beautiful landscapes and architecture of the virtual countries. Notwithstanding the pleasant pictures, the level of the enemies’ health will raise here. Stay strong and defend hard.

During the game you’ll be offered to buy many upgrades and cat types. The limit allows having 10 different cats at once. When your rivals become too powerful, seek assistance from a God cat. He can blow them up with a tap of his finger. Unfortunately, it won’t hurt the boss but is it interesting when someone does all the work for you?