Every boy feels like a great defender, and waits for a chance to prove that he is the best soldier. But girls don’t prefer such types of games, because they don’t like soldiers and their weapons. They prefer prettier characters, and there is a cool application that will please both boys and girls, because everyone loves cats. Its name is Battle Cats, and it deals with nasty animals that don’t like playing, but they adore fighting with each other. This game is a kind of tower defense, but is much funnier and helps to take the stress away. The game seems to be incomplete, because there are some spelling errors, but you forgive everything, when you understand that it was produced in Japan.

No matter who is the manufacturer, you can enjoy the game, because the main thing here is your furry pet, not the words that are occasionally appearing on the screen. It is different from other games, where you need to defend your territory, because your character is a cat, usual pet that lives everywhere in the world. The other difference is that you don’t need to defend the whole structure; on contrary, you may get rid of some parts of your base, if necessary, and you won’t lose any points in case of such decision. Of course, you can spend the coins you earn on some improvements that touch upon your base, but mainly you should develop your army: small, cute and playful kittens that will bite and scratch their enemies to death. You can either buy new forces and enlarge the number of your army, or pay more attention to their strength, upgrading their fighting skills. You should try both of them to understand which tactics is better. Here everything depends on speed: the quicker you win – the more money you receive.

If you get more coins, you can make necessary upgrades and win even quicker, and this process will go on eternally, as long as you play this game. The game isn’t fair, because your enemy doesn’t look like your army. Actually, the opponent’s army comprises everything that your cats hate, so this is a double struggle. If you lack some experience, you may go back and replay the levels you finished successfully, so don’t be afraid to this, if you feel that you need it. You may buy necessary things in the game, but they will cost you a fortune, so you should think twice before doing it. No matter, whether you like cats or not, you will like this game, and you make the justice installed forever to your land! 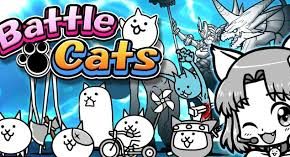 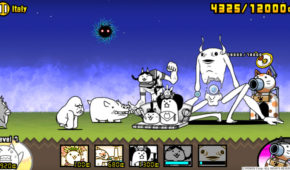 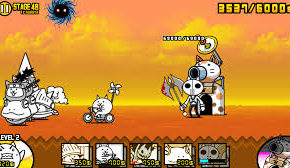